If you’re connected to me on Facebook, you know that a little while ago, I rearranged my office, and used an online room planner to experiment with the layout. This is what I ended up with. The big round thing wedged in next to the white desk is a floor fan; the site didn’t have one so I made do. The white desk is an old tank of a steelcase, and I should probably dedicate an entire entry to it. Hell, maybe I already have. 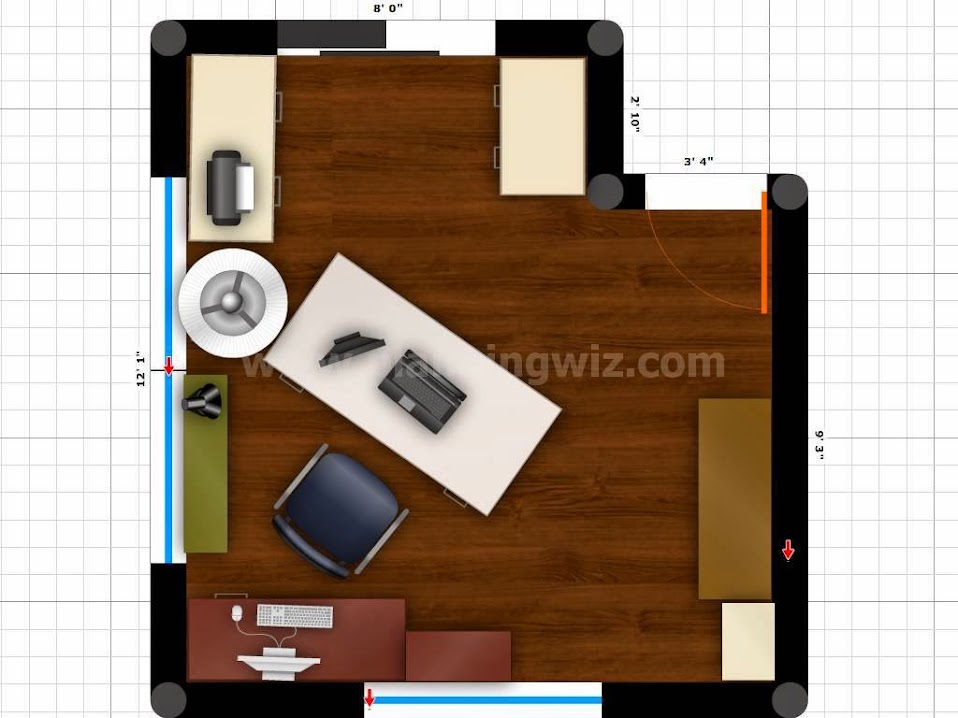 The planning site also didn’t have a cat dish to put on the macdesk (the brown one.) Every morning when I get up, I race to pee, and then eventually get dressed, let dogs out, make coffee, etc. Sometimes the Ckatten (Artemis) is in Zor’s room, and if she squalls, I let her out. Sometimes she is loose in the hoose, and if she wants, she goes out with the dogs. Sometimes she is already out, and wants in. The TL;DR of all this is, whatever the Ckatten wants, the Ckatten gets. Oliver, too. Whichever cat is in wants–nay, demands–canned food served in a dish on the kitchen table, and Friskies (junk food) served in a dish on the macdesk, where the dogs can’t reach. Well, Kelly can’t reach and Cobie is too polite to just get up there and steal it, at least while I’m looking.

Both dogs want Friskies too, of course. Sometimes I give them a few, but they have their own other-brand kibble that they think is treats, which I hand out. Cobie has learned to catch them out of the air; someday I plan to video that. Kelly can catch them sometimes too, but she really seems to prefer racing around hoovering up Cobie’s misses.

And so it has slowly evolved that my mornings are not much my own, but more a critter-dictated ritual, most of which happens before I’ve actually got outside of any coffee.

Pretty much only animals can get away with that.

Anyway, the point of all this, what I started out to say, is that Oliver can’t jump so swell anymore, so there is now a padded-seat folding chair in front of the steelcase, so he can jump up on it, and from there to the desk, which he then crosses before making the short leap (about his body’s length) to the macdesk, and the kibble thereupon. Except he doesn’t want to leap; he wants sky trammed over, which I do. Except when he decides he’d rather have delivery, whereupon he sits behind my laptop, reaches over, and claws it. So far he has missed the screen itself, but dammit, cat.

Sometimes I forget why it is I like critters.

Then he sits on my aching shoulder and purrs and I remember that he is 13 or 14 years old—68 to 72 in human years, at which point I decide I can stand him a while longer. 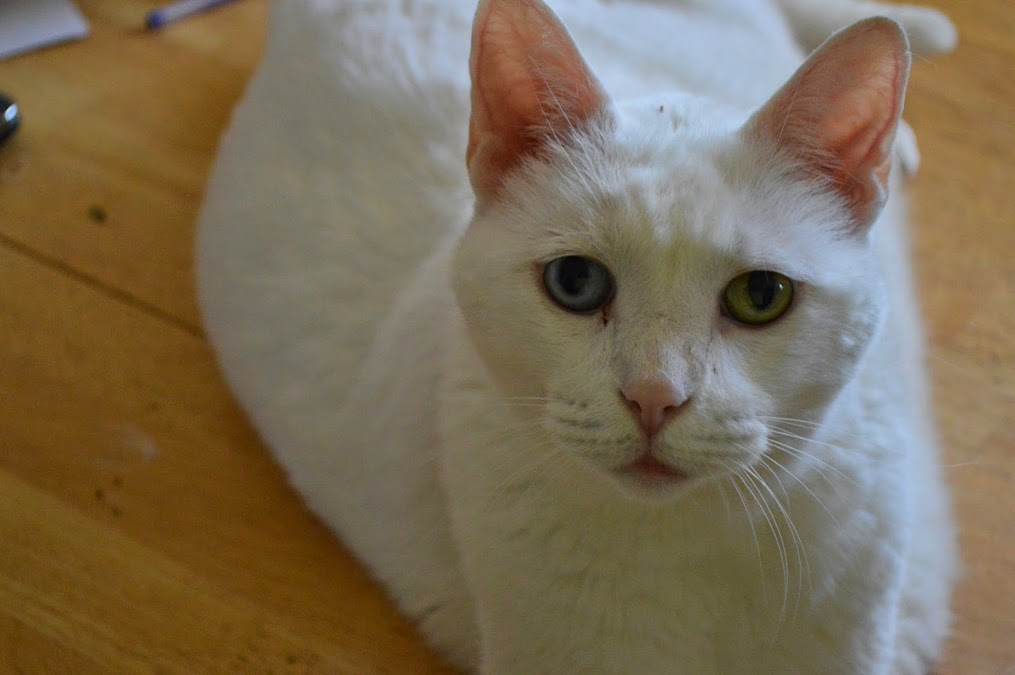 Don’t ask what that is in his headfur, because I have no idea.